The most severe complication generally faced by users is Server Migration. Foxetech minimizes the risk of user downtime while migrating the server to a new location.

While moving the data from one server to another data may be temporarily inaccessible. Due to this reason a lot of caution has to be taken while Server migration, hence it is done by team of specialists who work specifically with servers. One of the reason for moving data between servers is data security, but there can be a lot of other reasons as well.

The team at Foxetech makes sure that a plan is mapped out before server migration. The data may be required to be reformatted so that it becomes accessible in the new server, some other steps can also be taken to ensure smooth migration. We also take care of backing up the data so that if in case something goes wrong while the transition process, still the data can be kept secure.


Notice: _get_post_ancestors is deprecated since version 3.5 with no alternative available. in /home/www/foxetech.com/wp-includes/functions.php on line 3509 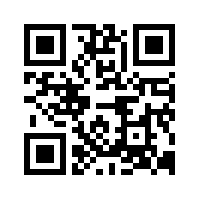